GO DIRECTLY TO THE RECIPE!

While I’m devoted to chewy brownies studded with chocolate, nuts, and what have you, the frosted cake-like brownie has a special place in our family. The kids’ grandmother makes a mean frosted cake brownie that basically subs in for celebration cakes in all our milestone get-togethers. In seeming endless isolation, over here, I went looking through my cookbooks for comparables and couldn’t find one. Likewise, my favourite online sources were a strike-out on the frosted cake-like brownie front. What happened to the Retro Frosted Cake Brownie, y’all? Is it out of fashion? This is criminal!

Since we didn’t do an extended family gathering for the youngest’s 17th birthday [he was singing for the Pope, no less], we did not benefit from grandparental brownie delivery. So, I decided to put my own spin on my mother-in-law’s classic script, which she herself cribbed from an old Ohio Gas & Electric cookbook. Obviously, if you know me, you know this includes amping up the vanilla! 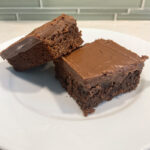 Makes 18-24 Brownies, Recipe May Be Halved. These brownies are typically served right in their pan, so choose accordingly!

The optional espresso in this recipe enriches the chocolate flavour as opposed to adding much of a coffee taste. In general, I’ve found that the espresso in the frosting lends marginally more of a hint of flavour than the espresso in the brownie. If you just want a richer cake-brownie taste without much espresso flavour, either bake with the half-shot or add the entire shot of espresso to the brownie batter rather than the icing.  If you are using the entire shot, here, add 1-2 tbs more flour to the brownie batter to balance the texture of the bake. If you want a very very slightly coffee-flavoured frosting, add the entire shot of espresso to the frosting instead of to the brownie batter, and add 2+tbs more icing sugar to the frosting reach the perfect consistency. Please note, using a 12×9 pan produces a marginally thicker brownie. This will likely bake from 23-25 minutes.  A 13×10 pan produces a marginally thinner brownie. This will likely bake from 20-23 minutes. If you’re halving the recipe, your bake in an 8×8 or 9×9 square pan will likely take 23-25 minutes. We like to serve this brownie right in the pan. I suggest you do the same. However, if you’re hoping to serve it on a special tray, frost the whole thing in the pan and let the frosting set before removing. In this case, before baking, line your whole glass or metal baking pan with long sheets of aluminum foil which reach well over the edges of the pan, coating the foil with baking spray or butter and flour, and perhaps an additional bottom rectangle of parchment at the base, above the foil. These foil “handles” will enable you to lift the finished, frosted brownie out of the pan with ease. The sides of the brownie are not meant to be frosted. 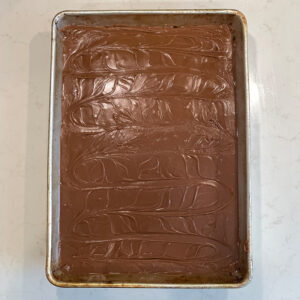 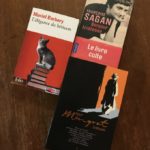 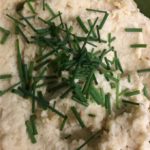 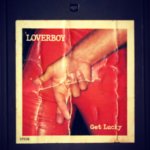